Failure To Diagnose Attorney Representing Cancer Victims And Their Families

With advances in medicine, cancer is increasingly becoming a more treatable disease — especially when it is discovered early. Sadly, if a doctor fails to diagnose and treat the cancer at an early stage, the prognosis could be very different.

If you have late-stage cancer that a doctor failed to diagnose or if you have a family member who died because his or her cancer was not treated soon enough, you may have a case of malpractice against the medical provider. At the law firm of Tucker & Miller in Phoenix, Arizona, our lawyers offer a free initial consultation to evaluate your case.

What Kind Of Cancer Was Missed?

We handle all types of medical malpractice claims involving misdiagnoses of cancer, including:

Should My Doctor Have Diagnosed My Cancer Sooner?

In some cases, there is nothing a doctor could have done to diagnose and treat your cancer earlier. In other cases, however, doctors fail to order appropriate tests even though the patient presents recognizable symptoms.

For example, our lawyers represented a young girl who lost her arm due to an osteosarcoma in her elbow. The sarcoma would have been easily treatable if detected early through the use of an MRI. However, despite our client’s complaints of pain in her elbow, she did not have an MRI until two years later. By that time, the sarcoma was the size of a lemon and doctors had no choice but to amputate her arm.

Every year, thousands of people die because a health care professional either failed to order appropriate tests to diagnose cancer or because those test results were misread.

For More Information About A Misdiagnosis Of Cancer Claim Call Us

To discuss your misdiagnosis of cancer case with an attorney at Tucker & Miller, call 602-870-5511 or fill out our contact form. There is no charge for your initial consultation. Se habla español. 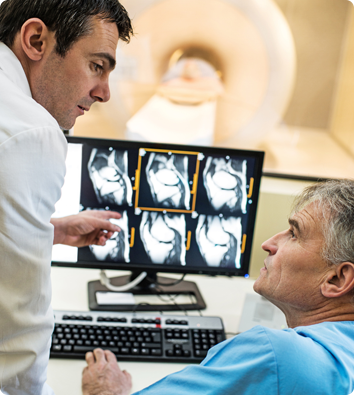